The River Lambourn is a Site of Special Scientific Interest (SSSI) and a Special Area of Conservation (SAC). 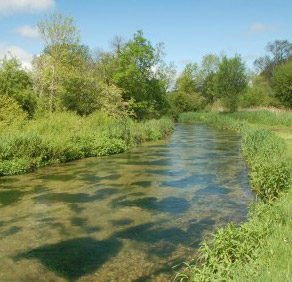 The Lambourn is a classic chalk stream, rising above the village of Lambourn and flowing south east, under the M4 by Welford and through Newbury before joining the river Kennet.

The waterbody status of the Lambourn is currently (2019) moderate, with issues related to land and transport drainage, North American Signal crayfish, rural land management and barriers created by ecological discontinuity. While the physiochemical quality of the river has increased since 2016 due to improved dissolved oxygen and phosphate levels, fish and plant populations are only of moderate quality and the presence of Polybrominated diphenyl ethers (PBDE) led the river to fail its chemical assessment.